On 19 August 2018 we organized the Not Your World Music: Noise in South East Asia forum at Mikromusik Festival at DAAD Galerie in Berlin, Germany. With the help of DAAD Galerie and Stiftung Humboldt Forum im Berliner Schloss. Besides myself, the forum participants were Cedrik Fermont, Lương Huệ Trinh and Liew Niyomkarn.

The forum was very well attended. And after the forum we presented a sold out event of audio performances. 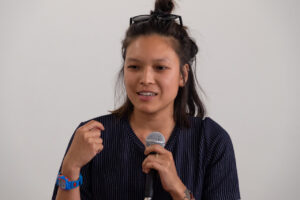 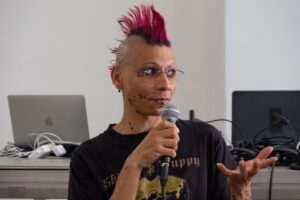 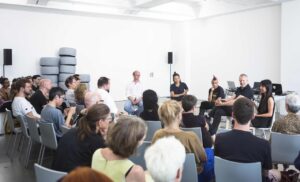 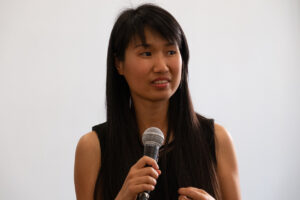 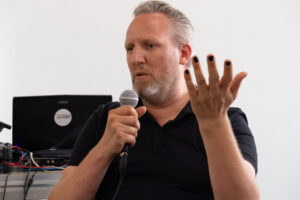 We would like to thank everyone who has been involved in the making of this book. This award celebrates all of you, the hundreds of people dedicated to the arts in South East Asia and elsewhere.

Cedrik and I will present the book and accept the award at a ceremony in Linz (Austria) in September during the ARS ELECTRONICA Festival for Art, Technology and Society 7-11 September 2017.

Statement of the jury

“(…) an outstanding book and CD compilation project.“ (Statement der Jury) Not Your World Music: Noise in South East Asia is a book about art, politics, identity, gender and global capitalism. And it is one of the very few works about noise & sound art and about electro-acoustic, experimental and industrial music of the past and present in Southeast Asia. This volume contains political, historical and sociological essays and interviews with artists as well as an extensive bibliography on Southeast Asian music and noise & experimental musicians. Its compilers define Not Your World Music: Noise in South East Asia as a political, anti-sexist and anti-colonial contribution to a discourse on society, social representation, inequality, marginalization and colonialism.